Welcome to the my stop on the #DegreesOfGuilt blog tour!! I’m absolutely delighted to share my thoughts with you. I’ve heard so much about the author’s ‘Perfect’ series, that I was very pleased to have the opportunity to review her most recent release that was completely separate and under a new pen name! I’m sure you’ve been spotting this on shelves already since it’s release on Thursday – here’s my thoughts:

Synopsis:
Maria is on trial for attempted murder.

She has confessed to the crime and wanted her husband dead.

Lottie is on the jury, trying to decide her fate.

She embarks on an illicit affair with a stranger, and her husband can never find out.

You will think you know who is guilty and who is innocent.

You will be wrong.

Degrees of Guilt is a fantastic domestic/ psychological/ courtroom thriller that had me hooked throughout. I read it fully in just two sittings as once I started reading I couldn’t even stop to take a breath! The first few pages grabbed me from the start, and I just couldn’t believe what I was reading.

We quickly learn that Maria has been arrested for the attempted murder of her husband, but that there is much more to the story than you would expect. Maria is portrayed both as extremely vulnerable given her experiences with husband Edward, but simultaneously filled with inner strength given that she has finally escaped him.

Meanwhile, we also follow Lottie, one of the jurors, whose perspective within the story goes far beyond her role inside the courtroom. There are some chilling similarities between herself and Maria, yet throughout the book they appear to be kept at such a distance from each other.

It was so refreshing to read a courtroom thriller that took the individual character’s stories out of the courtroom, and encourages the reader to invest in more than just the criminal case for attempted murder.

There are some very difficult themes addressed within this book, but it was written in such a sensitive way that I was emotionally invested rather than offended. There was a great twist at the end that I hadn’t seen coming, but throughout Degrees of Guilt was an extremely enjoyable read.

As you can tell, I was extremely impressed with this novel! I’ll definitely be seeking more from this author and now I’m even more keen to get round to some of Helen’s other thrillers! A brilliant five star rating from me on Goodreads.

You can follow the rest of the blog tour on the following dates! 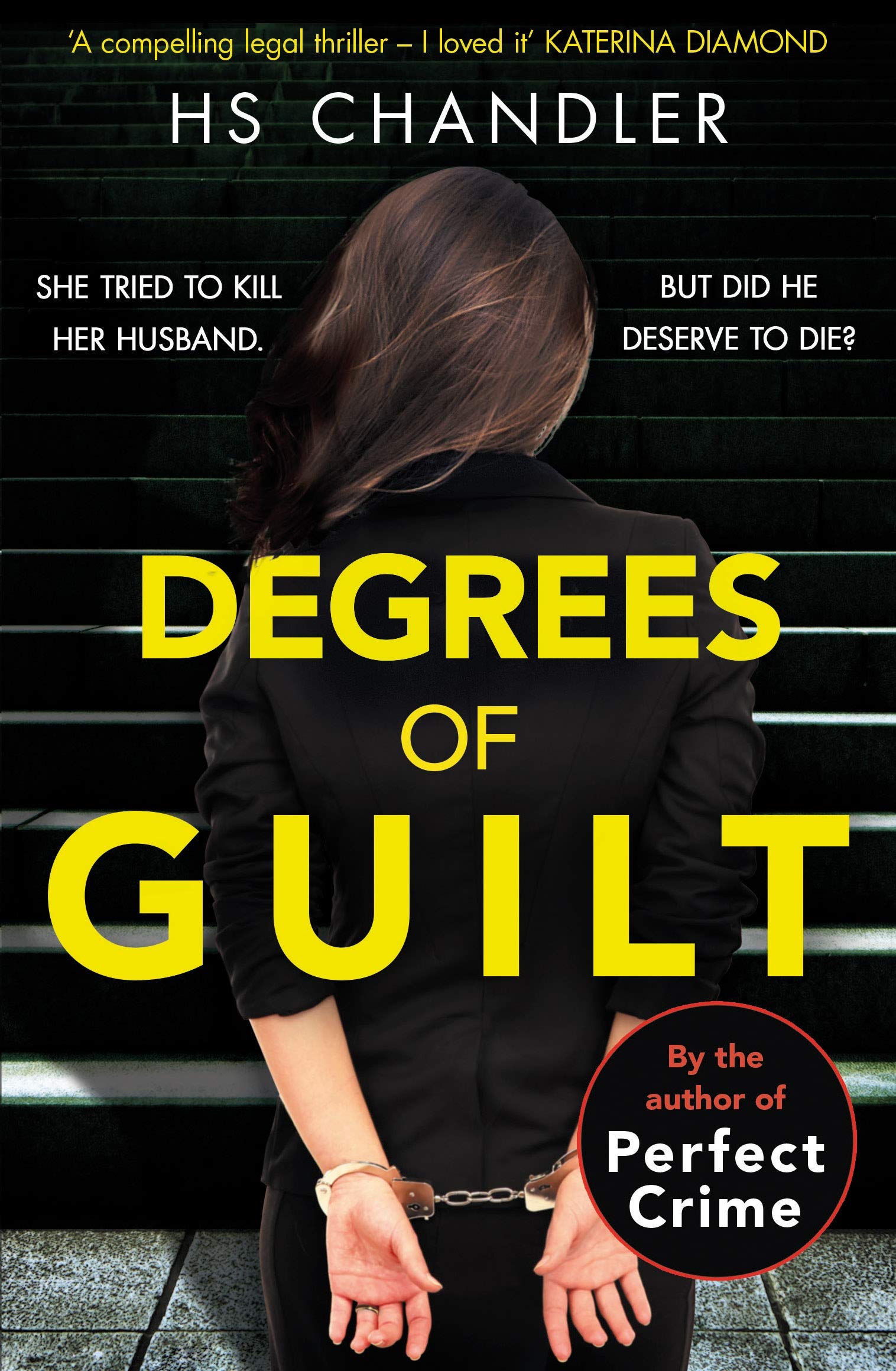 To buy a copy of Degrees of Guilt – HS Chandler and to see what other readers have said, head over to Amazon and Goodreads.

HS Chandler is a pseudonym for bestselling crime author Helen Fields, a former barrister who practiced for thirteen years in both family and criminal law. Having extensively prosecuted and defended, she is an avid believer in the right to a fair trial, and in the invaluable role that juries play in the British legal system.

To get in touch with the author, use @HSCinkpen and @Helen_Fields on socials to find her!

**Thank you to the author, publisher, and Phoebe at Trapeze for giving me the opportunity to read this book in exchange for an honest review and to Tracy at Compulsive Readers for approaching me to be part of the blog tour.**