Welcome to the my stop on the #LiesLiesLies blog tour!! I’m absolutely delighted to share my thoughts with you. I’ve been meaning to get round to starting my copy of I Invited Her In for a while, but after having seen the synopsis for her newer release, I was so pleased to have the opportunity to review Lies Lies Lies! Here’s my thoughts:

Synopsis:
Daisy and Simon’s marriage is great, isn’t it? After years together, the arrival of longed-for daughter Millie sealed everything in place. A happy little family of three. And so what if Simon drinks a bit too much sometimes – Daisy’s used to it, she knows he’s letting off steam. Until one night at a party things spiral horribly out of control. And that happy little family of three will never be the same again.

This is such an intimate domestic thriller that I just couldn’t put down! I was so invested in Daisy and Simon’s relationship as well as the impact this had on their daughter Millie. We learn that Daisy and Simon’s journey to conceiving a daughter was not easy, and that Simon is developing a poor habit of reaching for the bottle as a way of coping. Daisy seems to have an awful lot of tolerance for her husband’s behaviour, whilst also holding up the family home – but for how long?

As always, I like my reviews to be spoiler free, so you’ll need to get your hands on this one for yourselves to find out just how shocking some of the Lies in this story are! Each revelation was like a turning point in the book, and suddenly the priorities had completely changes. With each alternating chapter speaking from either Daisy or Simon’s POV, it was really interesting and engaging to embody myself in both characters’ situations.

The book itself is fast-paced, and it’s difficult to find a point when I felt able to put it down! Written in such an emotional, yet realistic way, I really felt like I got to know the characters inside out which made me so invested in their stories. The secrecy and revelations continue throughout the book right through to the very last pages! (So if you’re one of those people that reads the final page before the rest of the book – THEN DON’T!!!)

I was truly shocked by a number of events in this book, and it’s one of those domestic thrillers that I’ll remember as it really did stand out for me! There’s a couple of themes addressed within the book which grabbed my heart and caused tightness in my chest but it was so brilliantly presented amongst the pages that I admire the author so much on this fantastic novel!

This was a brilliant five star read for me, and I’m kicking myself that I still haven’t got round to I Invited Her In yet! The lies and twists of this book are going to stay with me for a long time, and I’d hugely recommend Lies Lies Lies

You can follow the rest of the blog tour on the following dates!

To buy a copy of Lies Lies Lies – Adele Parks and to see what other readers have said, head over to Amazon and Goodreads 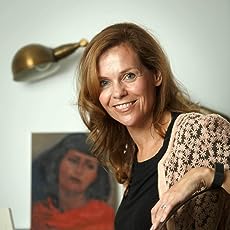 ADELE PARKS was born and bred in the North East of England, Parks had a very conventional 70s childhood with lots of convenience food and bad TV. After finishing school she went to Leicester University to read English Language and Literature and then went to live in Italy for a year and to teach English. Saying that she was inspired by ‘ Ivory Merchant movies, portraying wilful young women finding true love and sense of self in Venice,’ Parks didn’t find either, but ‘still had a marvellous time.’ Parks moved to London in 1992 and began a career in advertising. After living in Botswana for a number of years she returned to London, securing a role at Accenture, the world’s largest management and technology consultancy. During this time she wrote Playing Away, her debut bestseller. This was followed by Game Over which also became a bestseller, and Larger Than Life, The Other Woman’s Shoes, Still Thinking Of You and Husbands.

To get in touch with the author, use @AdeleParks on socials to find her!

**Thank you to the author, and the publisher for giving me the opportunity to read this book in exchange for an honest review and to Izzy at Harper Collins for approaching me to be part of the blog tour.**